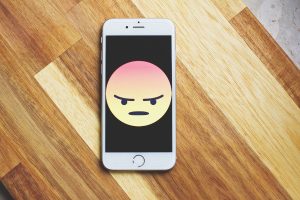 During a recent legal panel at Internext Expo, adult industry attorney Michael Fattorosi advised those in attendance that under California’s AB 5, a bill passed in the state last December and which took effect on the first day of this year, there effectively is no such thing as independent contractors anymore, so far as the adult industry is concerned.

“Make the switch over (to categorizing independent contractors as employees) now and stop the liability, because under California law your liability goes back three years,” Fattorosi said. “And I can tell you wage claims, as well as rest period and meal break claims, are very expensive claims to pay off.”

If you recoil at the notion of classifying people who do very short-term work on your behalf as employees, or among the people who have long considered themselves to be independent contractors and liked it that way, the bills’ passage and subsequent arrival of its effective date cannot have been welcome news.

As the saying goes, “misery loves company” – and when it comes to AB 5, the adult industry is far from alone in feeling miserable.

During the presentation at Internext, Fattorosi also mentioned there are legal challenges to AB 5 ongoing in the courts – and while he said he doesn’t believe those challenges will be successful, the arguments in those cases may serve a purpose outside the courtroom, as well. After all, if the courts don’t enjoin AB 5 in whole or in part, the only remedy left to those who oppose it will be to lobby legislators to amend the law, perhaps by carving out exceptions for industries and markets in which the law seems to serve neither employer nor employee.

In an amicus curiae brief filed in support of the plaintiffs in one case challenging the law (plaintiffs that include Uber and Postmates), the U.S. Chamber of Commerce argues that while the intent of AB 5 is to “cure the ‘harm’ and ‘unfairness’ to workers who are ‘exploited’ when they are classified as independent contractors rather than employees under state labor and wage and hour laws,” the law has “has already had precisely the opposite effect, making it more difficult for countless workers (and would-be workers) to earn their livelihood.”

As the Chamber of Commerce sees it, “the threat of enforcement of AB 5, backed by both civil and criminal penalties, threatens the livelihood of hundreds of thousands of workers and businesses by decreasing the flexibility of workers who have chosen to work as independent contractors.” (Emphasis in original).

While the brief addresses business models that are quite different from those of most adult entertainment companies, many of the same concerns apply.

“Traditional employment arrangements will irreparably harm contractors by requiring that they give up the flexibility and freedom to be their own boss which independent contracting provides,” the brief adds.

As a person who earns his living in large part as a freelance writer, this concern resonates with me particularly strongly. I don’t want to trade the freedom and flexibility I currently enjoy for the perceived benefits of being a statutory employee. I don’t want any of the outlets for which I write to have to treat me as an employee, simply because they’ve exceeded some arbitrary threshold after which the law requires them do so.

I’m no lawyer, nor am I an academic who is expert in labor law, so I’m inclined to give a lot of weight to Fattorosi’s prediction that the lawsuits challenging AB 5 will fail. I also recognize there may be many people within the industry who regard AB 5 as a good thing – and perhaps, for them, in their circumstances, it is a good thing.

All I hope is that when the California legislature – and any other legislatures that follow the Golden State’s lead – hears about the impact of AB 5 and its (presumably) unintended consequences for laborers and employers alike, they’ll listen and take measures to amend the law to make it fit better with the “gig economy” or “freelancer economy” that so many of us have benefited from in recent years.

Court: No 3rd Party Complaint for Playboy in Class Action 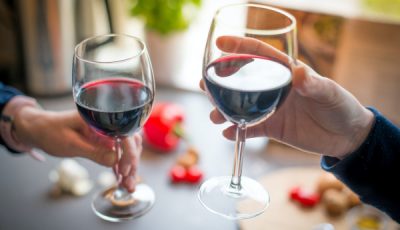